For the seventh year in a row, SHIAMAK Summer Funk Show packed to the last seat witnessed a grand show that has audiences still talking about it!

Toddlers of 4 to seniors of 84 took to the stage at SHIAMAK London’s Summer Funk 2017 dance recital with such inspiring confidence that had the audience on their feet.

In their seventh year here in the United Kingdom, SHIAMAK Dance Academy has reached out to hundreds of dance enthusiasts and given them opportunities to learn, perform and experience the joy of dance and the performing arts. With the show held in the format of a healthy dance competition, Rise of the Champions, amongst different locations across the city, there was keen enthusiasm amongst all participants. 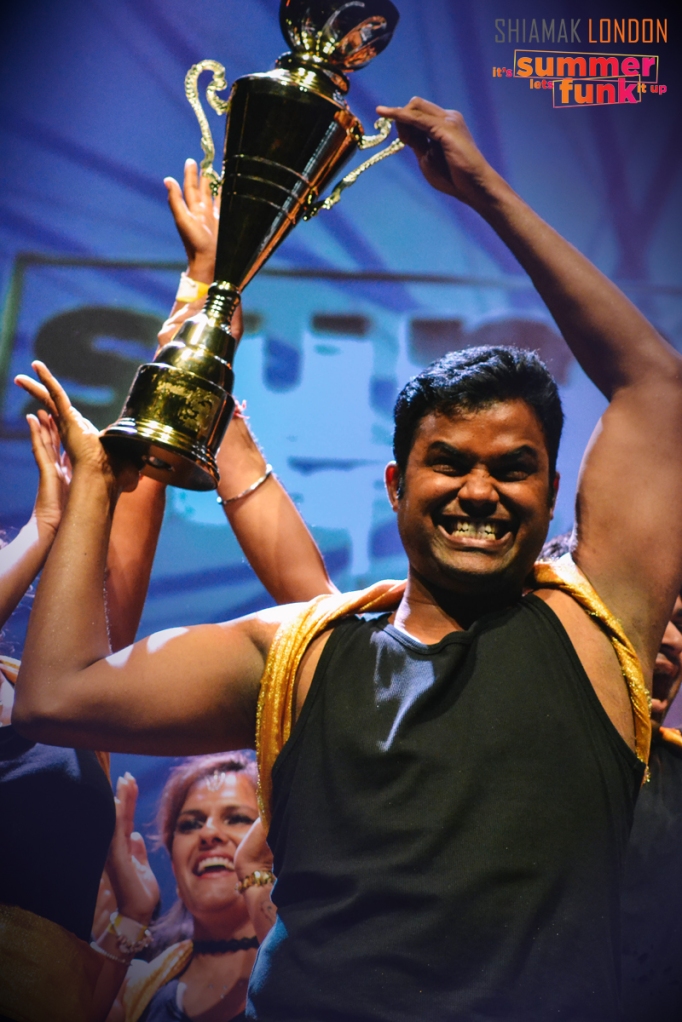 “I made a visit to the UK this year and this city has a vibrant spirit that always comes alive on stage at the Summer Funk Show. Students here have been so loyal and the growth has been phenomenal. Rohan and Shruti constantly work on associations and collaborations that take the spirit of dance further. I always enjoy watching the videos from all the performances in the UK. The Dance Competition is because the students love this format, but we ensure it is healthy and motivational in nature. For me, ever one who takes to the stage is a star.”

The competition was judged by Navin Kundra who is a British singer/songwriter who composes and performs songs in Hindi, Punjabi and English. With a fan base of over 3 million people and growing, Navin has achieved six number one singles in the Asian Charts, and won the 2013 ‘Entertainer of the Year’ Award in the Houses of Parliament. He had the audience wowed by performing a nine minute medley to songs including Mehbooba and Shape of You. 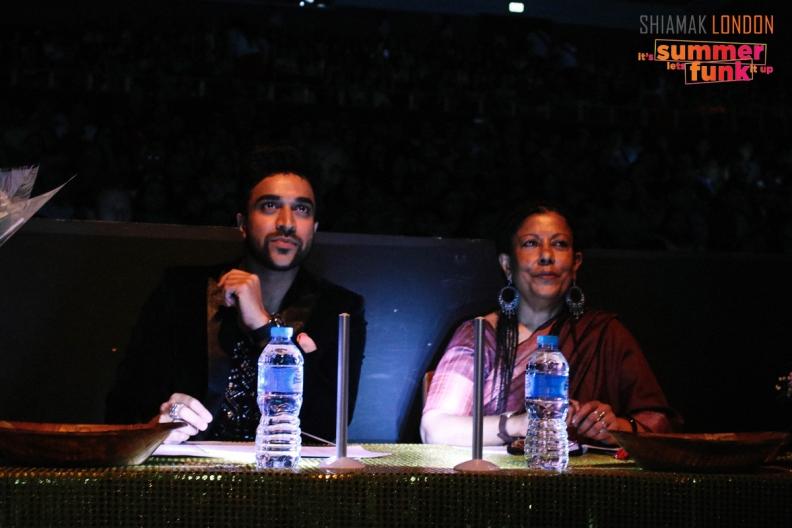 Sujata Banerjee co-judged the competition with Navin. She is one of the most versatile South Asian artists in the UK. Trained with Pandit Birju Maharaj, she is a leading Kathak exponent and performs and teaches in most parts of the world. She is the Artistic Director of the Sujata Banerjee Dance Company. 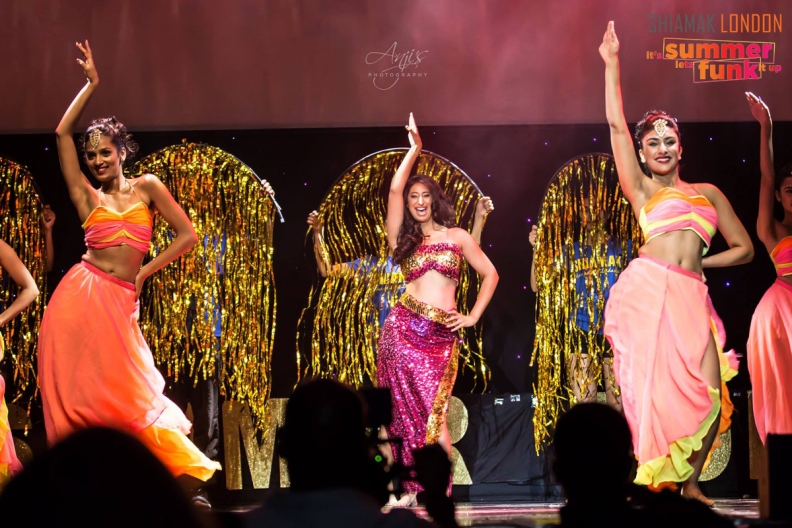 Sony Entertainment Television UK was the official Television Partners and will telecast an exclusive episode of SHIAMAK Summer Funk on SONY TV UK soon. They also presented the trophy for ‘Most Popular Team’ to Southall Strikers. An audience over 1500 people voted for their favorite team by an SMS poll which was introduced into the show.

Lyca Radio was the official radio partners. The radio station’s RJ Shivi announced the winners and caught the backstage action in a live link. They presented the ‘Best Song of the Evening‘ trophy to Central London Champions selected by our panel of Judges, after Southall Strikers in 2015 and Wembley Warriors in 2016, the audience sat on the edge of their seats as RJ Anushka announced this year’s winner, Incredible Ilford!

“Shiamak has created a dance community across multiple countries. Whether I’m in Canada, India or here in the UK, the energy and vibe are the same, this is what brings people together, this is the Spirit of Dance!”

So after a student’s show that was such a hit we can only wait for 12th August to watch the magic the SHIAMAK Dance Team – UK will present at SHIAMAK UK‘s new production “Spirit of INDIA” at The Beck Theatre in Hayes, London. Last few tickets are available on http://www.becktheatre.org.uk