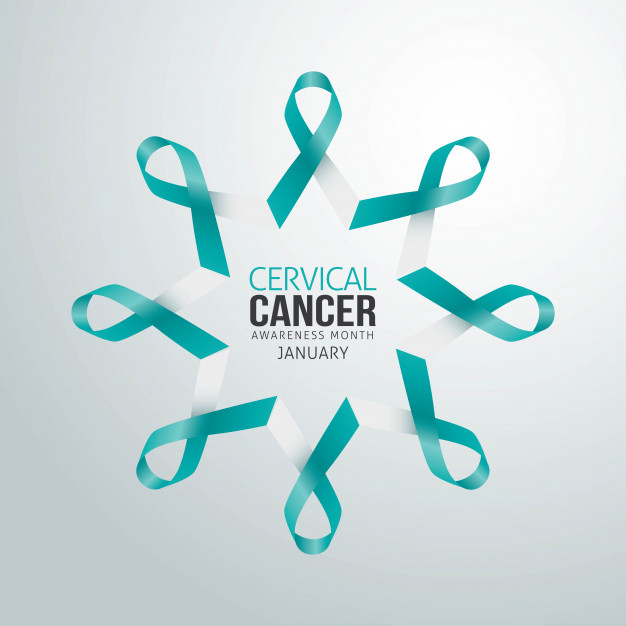 January is Cervical Cancer Awareness Month in the USA – at the end of a decade it seems wise to have a look at the next one and what it might bring in terms of innovation. Aside from the potential introduction of a silicone speculum, what needs to be done to improve screening up-take rates?

Cervical cancer will always be a subject that’s close to the bone for me. In 2010, the year after Jade Goody’s death from cervical cancer hit the headlines, I had my first smear test. The results came back quickly and clearly and I was one of the lucky ones whose abnormal cells were discovered. Treatment eventually concluded with a LLETZ procedure and more frequent follow ups until I finally got released back to the normal schedule of return visits.

It scares me how so many do not go for their smear tests and recent efforts to increase uptake seem to be failing. Indeed, just over 10 years on from Goody’s death, rates of up-take amongst those eligible for screening are still below the target of 80%.

As an avid Coronation Street fan, I watched the recent cancer death storyline with a heavy heart. I’m a mother of two and couldn’t help but struggle watching the character of Sinead Tinker come to terms with her own mortality, as she recorded videos for the son she would never really know. Bertie was just 8 months old when Sinead died and I’m not ashamed to say that I cried my eyes out at the idea. Although overall rates of awareness and uptake are low, items like this in popular soaps do raise awareness and slay some myths.

Jo’s Cervical Cancer Trust, which was heavily involved in the development of Corrie’s storyline, did report that GP surgeries saw an increase in bookings for smear tests, but it’s clearly not enough. Storylines come and go and do little for long-term increases in uptake.

How can we increase the uptake of smear tests?

According to research by Jo’s Cervical Cancer Trust, the number one reason for people to avoid going for smear tests is embarrassment. Whilst not an uncommon reason to delay seeing a healthcare professional, it could mean a delay in diagnosis and therefore treatment, according to 47% of medical professionals. Embarrassment is a common theme within healthcare and comes from shyness about the area affected. According to the Eve Appeal, the UK’s leading gynaecological cancer charity, gynaecological issues are the most frequent reasons for bashfulness in patients. Survey respondents also said the idea of a physical examination, as well as embarrassment about their physical appearance were further reasons for not seeking help for symptoms.

It’s not a flower, or your foo-foo

Language is yet another barrier towards seeking diagnosis for gynaecological problems. Too many of us are shy about the proper terminology, or do not even know the correct terms. People often use ‘vagina’ as a catch all term to include the vulva and labia, making diagnosis far harder without physical examinations. It’s pretty clear that embarrassment has the potential to cost so many their health, if not their lives.

In October 2019, Professor Sir Mike Richards, former national director for cancer, published a scathing review of the way the screening programmes (for both breast and gynaecological cancer) are currently managed. He suggested that many lives have already been lost due to mismanagement and called for increased flexibility to increase screening attendance. Lunch break screening was one of the recommendations he made to increase uptake and ease of access to testing. Another was to enable weekend and evening testing and introduce a more modern, online booking process.

In the last few months I’ve seen several beauty salons offer free waxing to anyone who has booked their smear. This seems laudable, but is ultimately misguided and continues the stigma around the appearance of one’s vulva when presenting for a test. Whilst it might reduce any embarrassment for those who would prefer to have less (or zero) pubic hair, it’s actually totally unnecessary. The nurses who perform the tests are certainly unlikely to care whether you attend ‘au naturel’ or with a perfectly groomed ‘landing strip’. They just want you in as close to perfect gynaecological health as possible.

Approximately 25% of women invited to screening do not attend.

The very next month, a more important breakthrough cast doubt on those plans in favour of a much more accessible idea: home testing. November 2019’s news of a new, DIY kit was music to the ears of many who find smear tests traumatic and triggering.

Queen Mary University of London have completed a pilot study involving 600 women and the results were very positive, which mean more, larger trials are likely – and required before the NHS would implement such a change.

In the meantime, however, it’s clear we need to ensure the next generation are being brought up with a better awareness of factual vocabulary for their genitals, as well as an increase in awareness about what’s normal and which symptoms need further investigation.

Fear and trauma – we need to do better

The views of those who find smears traumatising should also be sought and improvements made for people suffering from birth trauma and sexual abuse. The posters to promote the service can often belittle the feelings of those who struggle with gynaecological examinations. It might only take 5 minutes to do a straightforward vaginal exam and screening test, but it takes far longer for some to get themselves ready for what they feel is an ordeal. One woman told me “I have to go to colposcopy for mine as birth trauma and sexual abuse means I just can’t do it without gas and air. Well, I can, but not without re-traumatising myself. And I’m just not doing that anymore. Whilever the option is there, I’m taking it. But I think it should be more well known and more widely available.”

Co-production is the new ‘watchword’ in the NHS, meaning getting service users of the NHS together with clinicians and other key stakeholders to learn how to improve services. This is gaining traction with maternity as trusts employ Chairpersons for their Maternity Voices Partnerships and it would be great to see more departments within the NHS adopt these changes. Finding out what barriers could be removed from sexual abuse survivors to help them seek treatment and access screening needs to happen now.

With a yearly death toll of around 700, cervical cancer is often known as a ‘silent killer’ as symptoms can be very hard to detect. The warning signs are often difficult to notice as they can be as vague as spotting between periods, longer or heavier menstrual bleeding or pelvic/back pain. Most people who have periods might not even notice this increased variability and it’s only when symptoms ramp up, when the cancer is at a more advanced stage, that someone suffering with cervical cancer might seek assistance.

Cervical testing is currently offered to all women and people with a cervix aged 25 to 64. With the introduction of more flexible testing timings, HPV vaccines for all young people, regardless of their sex and the potential introduction of a home-testing kit in the next few years, the future looks far brighter for detection and treatment of cervical cancer. In the meantime, however, if you have a cervix, please book your screening test.

I think it’s likely my first smear saved my life.