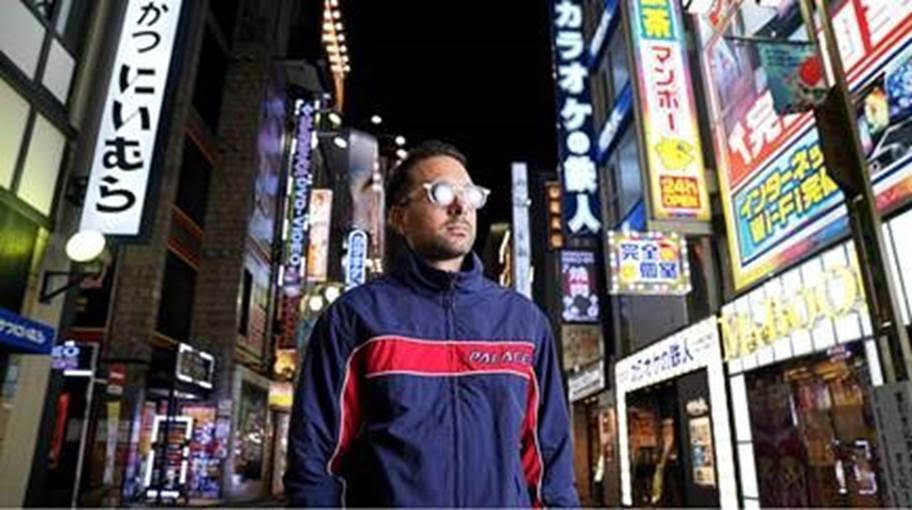 First look at Dynamo in striking teaser for Sky original Dynamo: Beyond Belief launching next month

To celebrate Dynamo’s return to television, the first teaser for the new Sky original Dynamo: Beyond Belief, with all episodes available on 9th April, has been released today.

Dynamo: Beyond Belief is a three-part magic special that combines jaw-dropping magic with the story of Dynamo’s road to recovery after his career threatening onslaught of chronic arthritis.

Throughout the three episodes, stunning moments of magic are intertwined with Dynamo’s brutally honest back story narrative. The gripping series slowly reveals Dynamo’s journey from the start of his illness, through to the height of his hospitalisation where he created over 200 new magic ideas sketched from his hospital bed, and finally to his return to health.

From the neon lights of Tokyo to the Day of the Dead festival in San Miguel De Allende, Dynamo visits extraordinary and dramatic places all over the world. He performs a spine tingling encounter with a Geisha in one of Tokyo’s royal tea rooms, makes vodka shots turn to ice in the heart of Moscow’s underworld and embarks on a daring adventure in one of Mexico’s notorious Barrios.

Two of the key moments in the show, and the most dangerous pieces Dynamo has ever undertaken, include a terrifying, high-octane blindfold reverse drive in a yellow taxi through central Moscow and a breath-taking Fast & Furious-style underground ‘Tokyo Drift’ car meet in Japan where he attempts to stop a high-powered car with his bare hands, whilst a live audience look on astounded.

Travelling around the world, the locations throughout Beyond Belief include Tokyo, Chiba, Dubai, Moscow, Mexico City, San Miguel De Allende, London and Los Angeles. In addition to Dynamo’s preparation, he learned Japanese, Russian and Spanish before filming to create a deeper connection with his global audiences.

Beyond Belief is filmed on anamorphic prime lenses giving the series a stunning filmic quality, combining both documentary and cinematic styles. The series was commissioned by Zai Bennett, Managing Director of Content at Sky UK and Ireland, and Phil Edgar Jones, Director of Sky Arts and Sky’s Head of Entertainment. Shirley Jones is the commissioning editor and the series will be executive produced by Dan Albion for Inner Circle Films, Lucy Ansbro for Phil McIntyre Television and Abigail Adams for Motion Content Group.